Gordon had heard, many years ago, that there were remains of the Flying Fortress still on Braydon Crags and that during a dry summer when the peat was sufficiently shrunk back you could walk around the hags and see pieces of the wreckage scattered around like metal confetti. It was an unexpected early-Sunday-morning decision to take a journey into our favourite part of the North East in search of the site, but we decided to make hay while the sun was shining.

Access to the College Valley is heavily restricted in a bid to preserve the integrity of the estate roads, and without buying a pass from a solicitors in Wooler, cars meet the conclusion of their journey in Hethpool; a picturesque hamlet at the mouth of the valley which is home to a stunning looking B&B which we hope to one day have the pleasure of staying in. From here it was a few miles along the road before we branched off to head up towards Braydon Crags so we just soaked up the surroundings. It’s easy to see why access by car is restricted. There’s a delicate peace walking along, slowly winding your way up this glacial scour. We follow the course of the College burn, passing wild raspberry bushes and stunning foliage as we go. We bear left and cross a bridge, turning back to see a marquee being dismantled next to the Cuddystone Hall. I bet someone had a beautiful wedding there the previous day.

We bear right a mile or so further up the valley, and skirt behind a cottage we would later discover was the very residence of John Dagg and his faithful Sheila. I wish I had known that at the time – I would’ve really savoured that moment. Forging a path up towards Braydon Crags wasn’t easy; there’s no path or track up so it’s a battle against your thighs and your will to make decent progress. On cresting the hill and reaching the face of the crags you’re rewarded with a breath-taking view back down the valley. The Cheviots are all too often overlooked in my opinion. The Lake District is considered beautiful because of its rocky ruggedness. The Highlands are revered because of their sheer scale. But The Cheviots are equally stunning in their own right; acres of lush green rolling hills speckled with patches of heathery scrub. It’s peaceful. Uncrowded. Isolated without being misanthropic.

There once stood a memorial on Braydon Crags. The propeller, salvaged from the crash, was cemented to the Crag along with a plaque to commemorate the disaster. Sadly this was stolen and now only fragments of the wreck remain as a stark reminder that on that fateful day, Mother Nature wielded more power than the war.

The wreckage isn’t far from the Crags. You just need to stand atop them and look around to see pieces of twisted metal glinting in the sunlight. On the approach there’s an indescribable chill as the ghosts of the past drift to and fro across your path. And then it hits you; people died here. On an otherwise unremarkable afternoon, in a time almost beyond living memory, two men lost their lives on the very soil beneath your feet. Flames gushed. Scrub was engulfed. Bombs exploded. Lives were ruined. 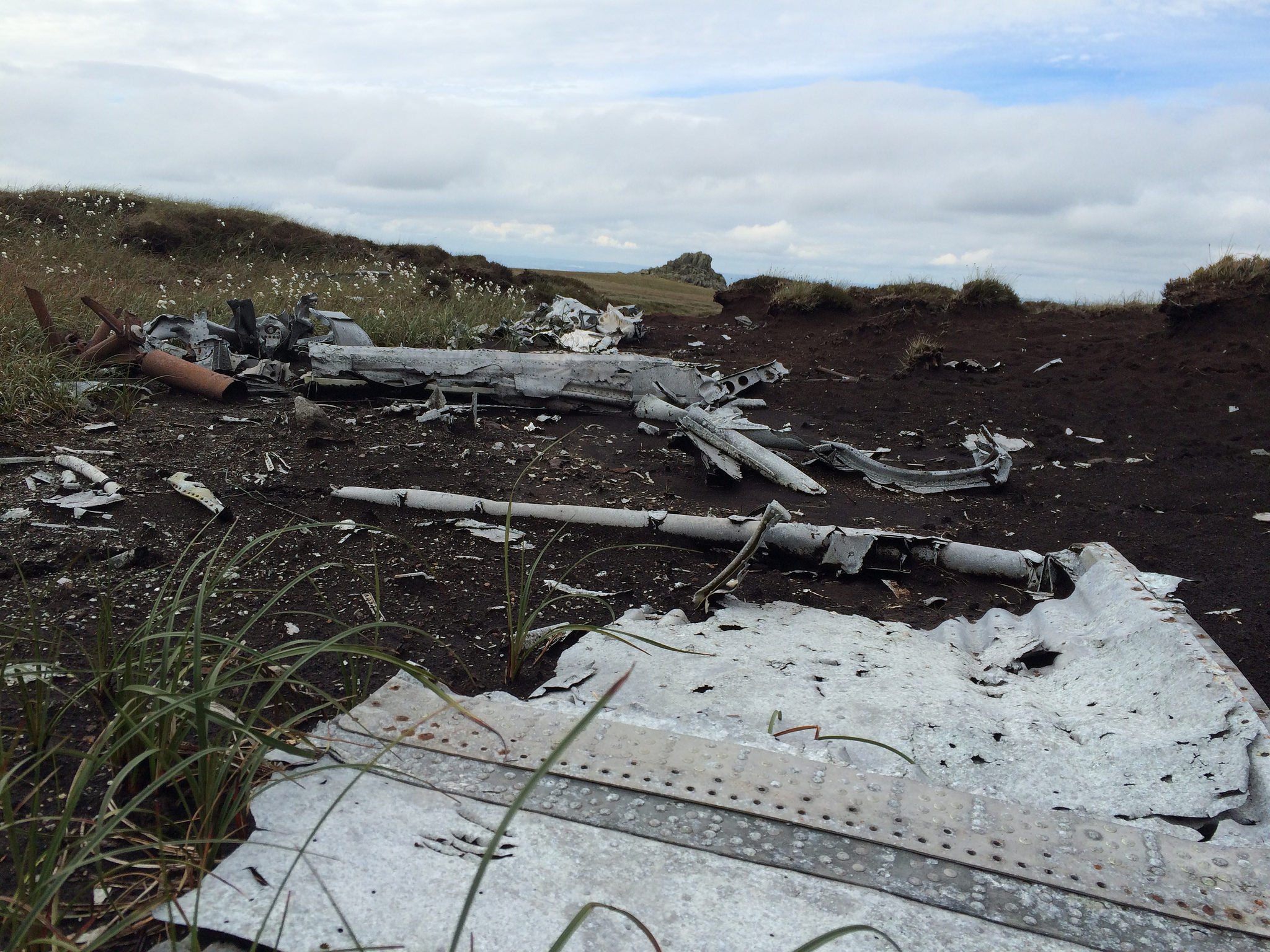 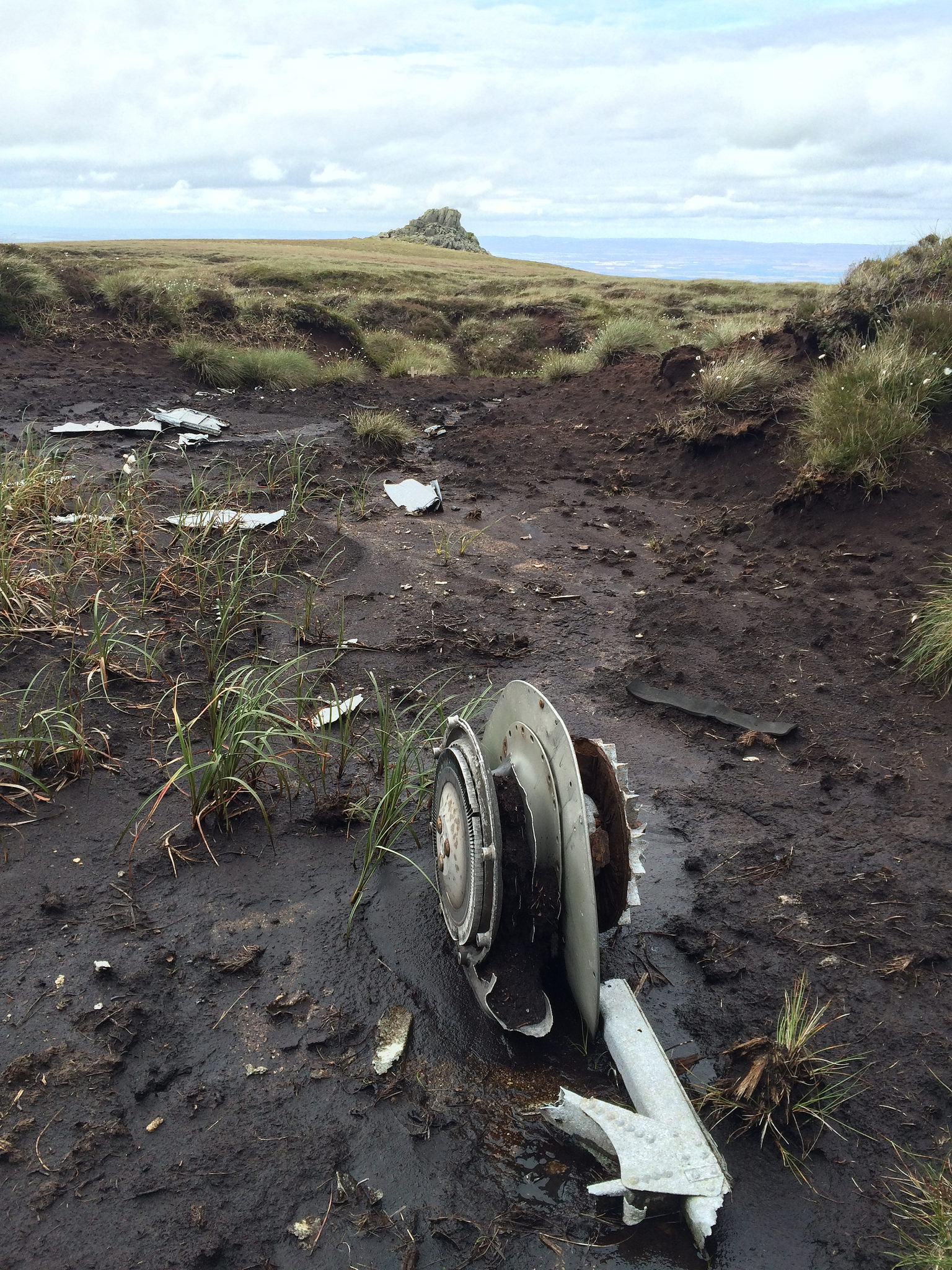 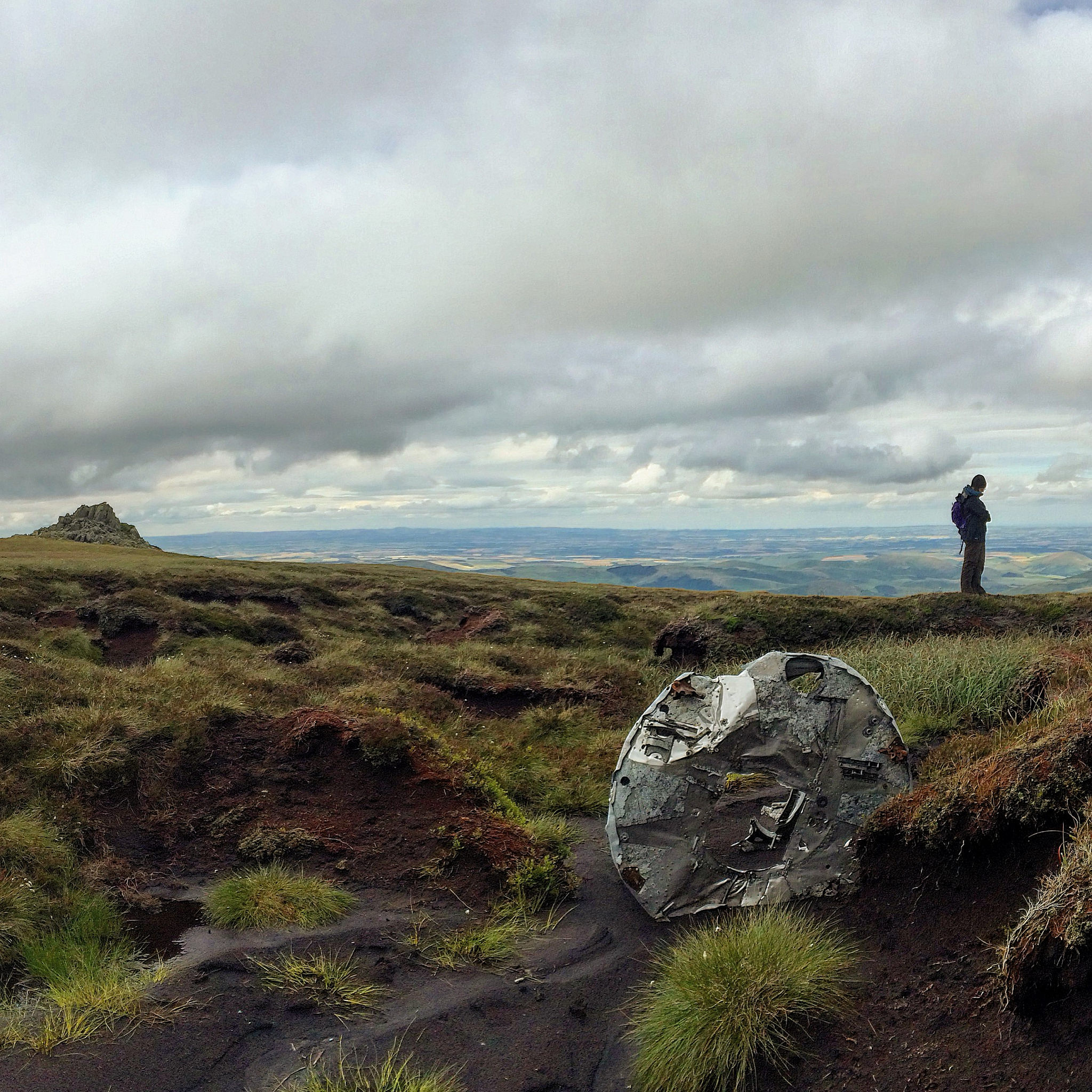 Large pieces of the wreck still remain, unfettered by the years of weather and pillage that have passed since. Smaller fragments lie strewn across half a dozen ditches. The peat was dry on this particular day and we were able to walk across what would usually be a treacly bog and see the shards up close. So many pieces of the mighty Flying Fortress dust the surface. It’s very humbling. 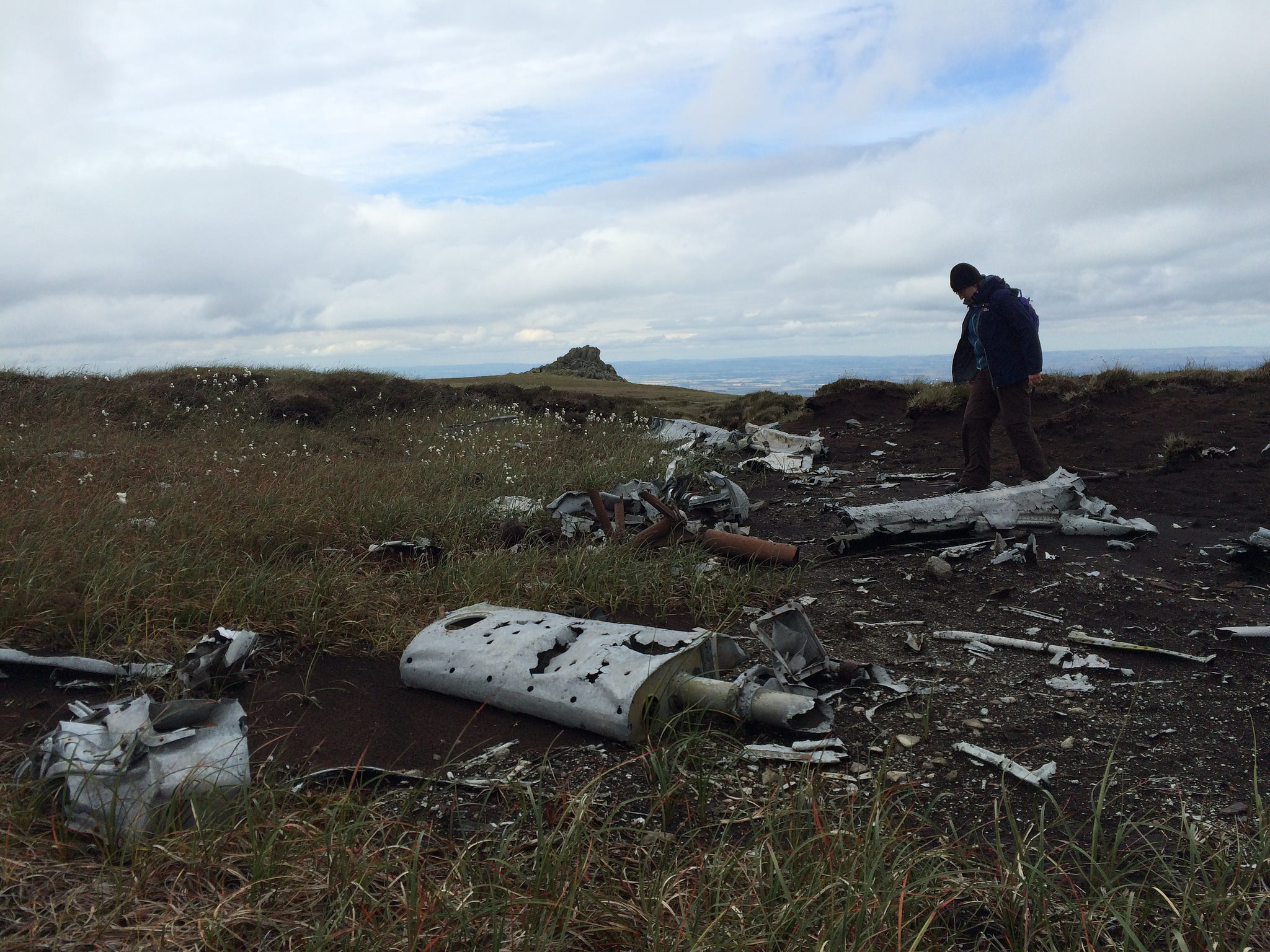 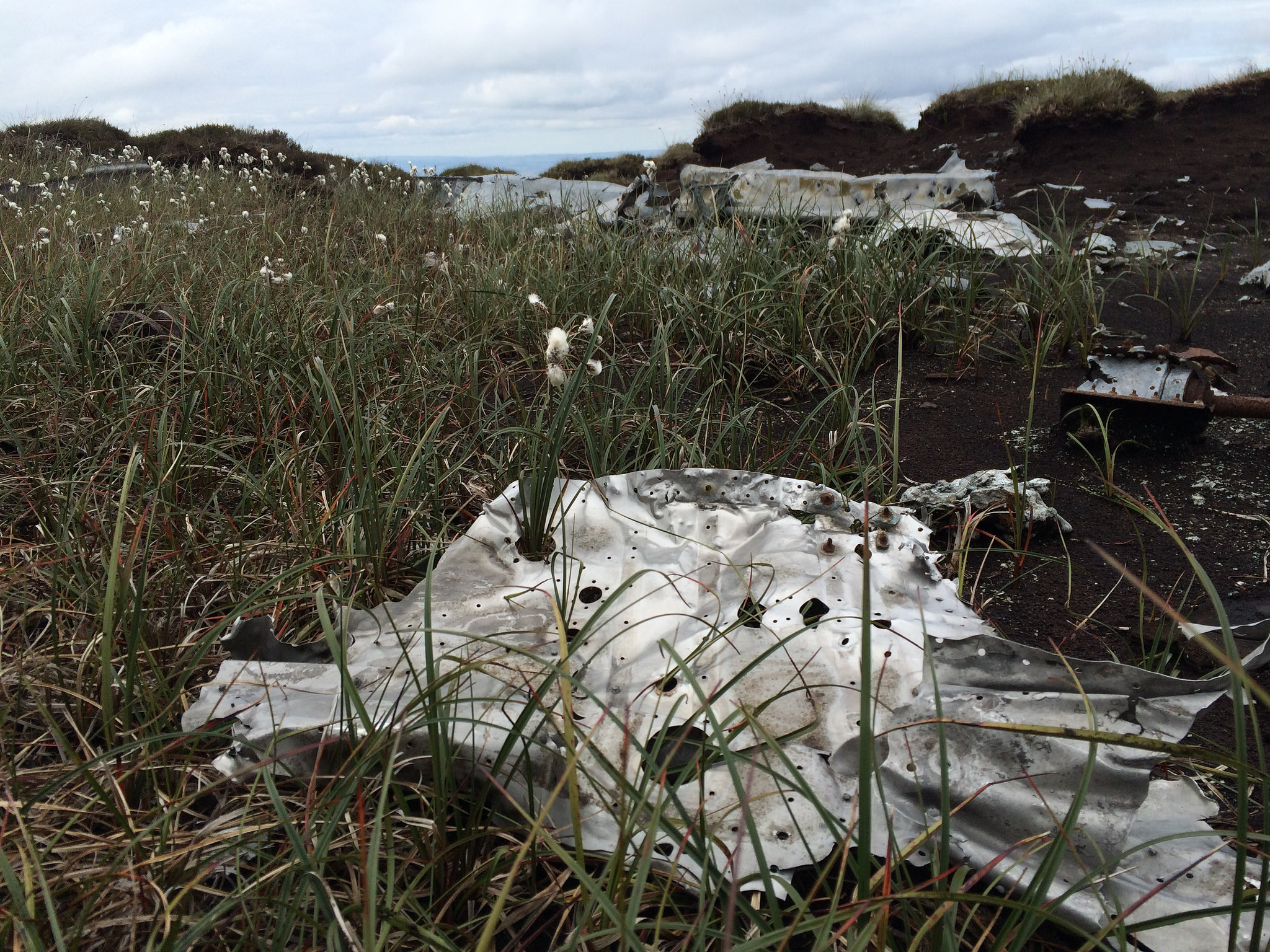 After combing the wreckage and talking at length about the events of that December day we continued on our journey. At the lack of a discernible path down, we skipped between sheep tracks to battle our way off the steep slope, culminating in a rather ungraceful bum-scoot down the bilberry bush laden steep sides of the Hen Hole gorge. By the time I hit the valley floor my legs were shaking with fatigue and I was grateful for a horizontal surface, albeit still quite tough going as we tried to navigate along the burn back towards the safety of the valley floor proper. 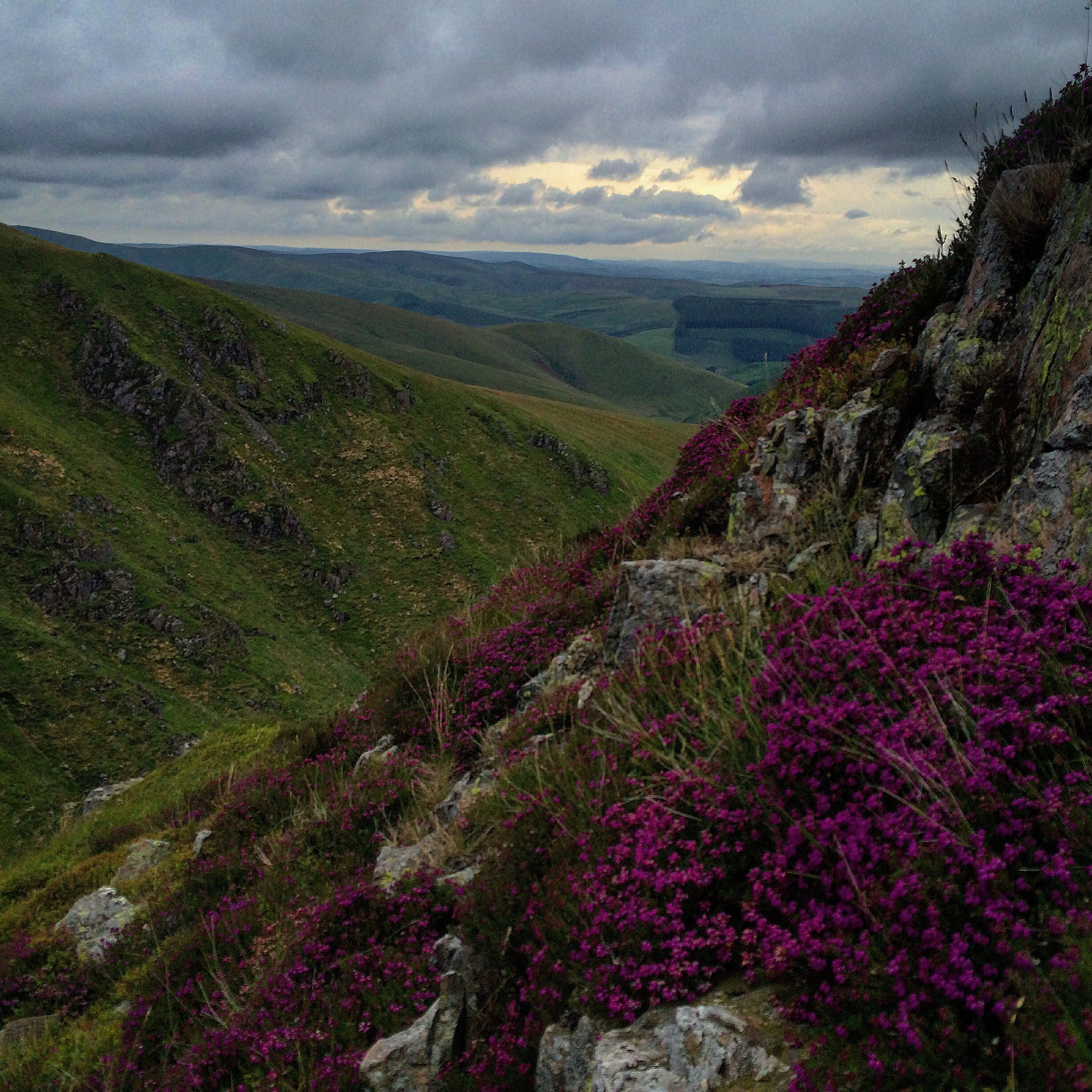 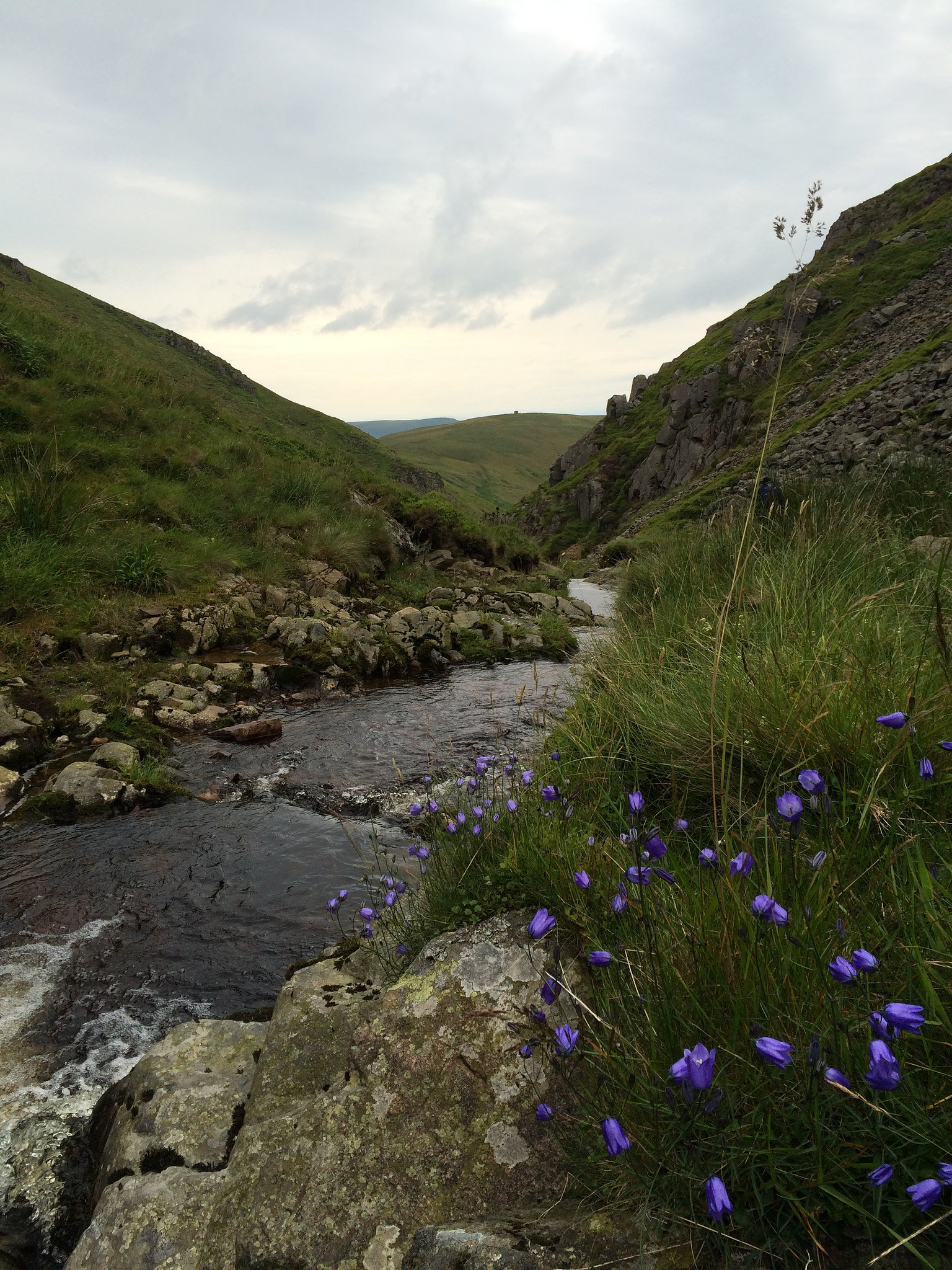 We walked the four miles back to car in humbled silence. This quiet, unassuming valley in a corner of Northumberland does well in concealing its modest tales from bygone eras. It doesn’t shout from the rooftops about all that it’s seen; the stories need coaxing from the depths like a soldier who needs plying with liquor before he’ll share his tales of war. I like it. I appreciate the modesty, because when you discover the truths hiding just below the surface, it’s like uncovering buried treasure.

For Part One: The Crash, please visit this page.