Part one: The Crash

Mid-December 1944. War had been raging for more than five years between the Axis Powers and the Allies, devastating lives and irreparably changing landscapes across the globe. It was nearing Christmas, not that I imagine Sgt George Smith particularly cared about that. His mind would have been far from celebration as he dragged himself, no doubt bloodied and bewildered, from the gnarled wreckage of the bomber. 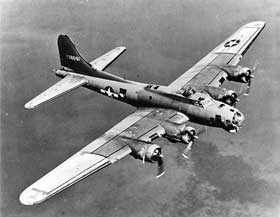 He was serving as a ball turret gunner on a Boeing B-17 Flying Fortress; a four-engine heavy bomber designed and used by the American Air Force during the campaign against Nazi Germany. On this mid-December afternoon, his crew had been assigned the mission of bombing a railway marshalling yard in Ulm, Germany, but hazardous conditions thwarted plans and the mission was aborted, with orders to recall and break rank to reduce the risk of mid-air collisions. The pilot, Lt George Anderson Kyle, having been sent off-course by German signals flew the bomber low in an attempt to establish visuals in the blizzardy conditions. It was too low. He was flying over the backbone of England and was right on the high point along its spine. The bomber crashed into the north-west side of the snow-shrouded Cheviot and slid across the peaty planes before grinding to a stop just west of Braydon Crags at the crest of the College Valley. 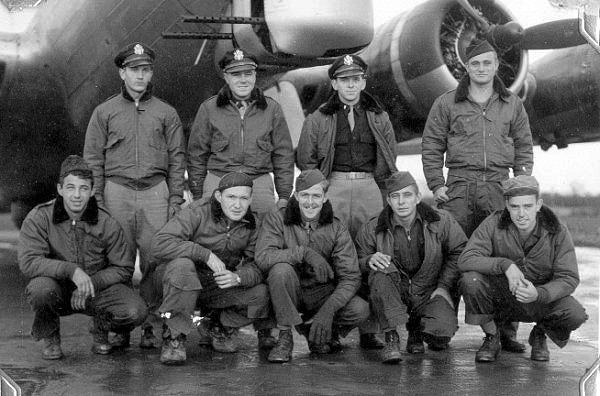 Of the nine-strong crew, two died in the impact. Another three – including Lt Kyle who had been dragged from the burning plane by his co-pilot James Hardy – believing they were the only survivors, made it down the tussocked banks to seek help; Kyle was badly injured and was carried by the other two. They were taken in and looked after by a local shepherd and his wife, Mr and Mrs Cowens. However, they weren’t the only survivors. Sgt George Smith, having pulled himself from the wreckage but presumably too injured or shaken up to make it to safety holed up under a peat hag with the three other surviving crew members.

The payload of the bomber hadn’t been jettisoned at sea and was still intact despite the crash landing, and now posed a very real and unpredictable threat as they sought shelter under a parachute. The seconds must have lingered, like a marching drill going by in slow motion, as they awaited either death or rescue. It’s hard to know which would’ve seemed the easier option at a time like that. 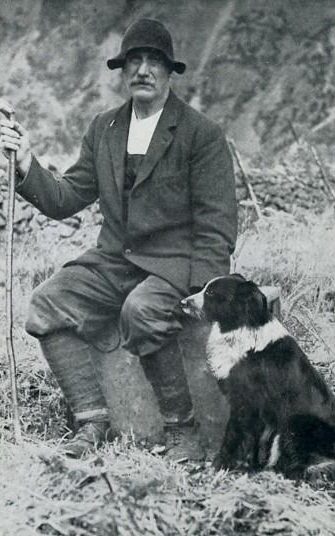 The valley had rumbled from the impact and local shepherds and farmers had sprung to attention at the smell of burning as it snaked its way down the hillside from the tangled wreckage. A local shepherd, John Dagg, and his sheepdog Sheila, set off up the hill to find out what had happened, gradually disappearing deeper into the thick fog and driving snow. On their way up they came upon Frank Moscrop, a young farmer who lived further down the valley, and combined their efforts, relying on Sheila’s keen nose to guide them towards the wreckage. Sheila soon sniffed out the group of survivors, and gave Sgt Smith a reassuring lick to the face before darting back to find her master and guide him to their makeshift shelter. Despite warnings from Sgt Smith about the unexploded payload, Moscrop carried out a quick reconnaissance of the wreckage to make sure everyone was out safely before they began the arduous trek back down the hill with the remaining crew of this fated Flying Fortress. Not half an hour after they made it to the safety of the valley floor, the bomb load exploded and let out a blast strong enough to shatter the windows of the modest cottage in which they had been given refuge.

The bravery shown by the men of the College Valley that day earned them British Empire Medals. Sheila became the first non-military dog to be awarded the PDSA Dickin Medal for Animal Gallantry; the animal equivalent of the Victoria Cross. The bashful collie apparently rolled on her back when Lady Ross knelt down to bestow her with the honour on the day of the ceremony in July of the following year. 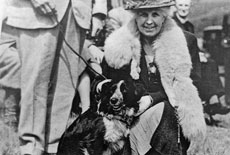 Despite six years of events and atrocities during World War Two, the comradeship shown by the people of this quiet Northumberland valley on that raw December day was never forgotten by the Americans who crashed there. One of Sheila’s puppies went to live in America with the family of Sgt Roderick Frank Turner who was one of the two crew members to die in the crash; Tibbie was adored by her adoptive family. In September 2005, the pilot, Lt George Kyle passed away at age 82 in his hometown of Fort Lauderdale. Kyle had no doubt led a rich life after the war. He made it back home to the States and raised a family, but one of his last wishes was that his ashes be scattered on the very hilltop he had crashed over sixty years prior. His daughter, in good company, granted his wish the following year amid a much respectful commemoration attended by locals and press proud to pay their respects to this adopted local hero. Kyle had spent four months after the crash recovering in a Newcastle hospital and grew very fond of the region and its people. His daughter told The Evening Chronicle in their coverage of the commemoration “My dad always felt like England was home and the English his family.” 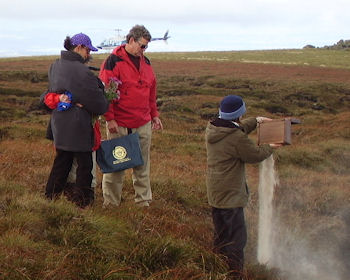 Please note: I’ve tried to piece together the story of the crash from various sources, but the finer details do seem to differ slightly from site to site.

To read about Gordon and I going to pay our respects, see Part Two here.