In a sleepy backwoods-Northumberland village lies a secret. It’s a secret so well hidden that even word-of-mouth seems to have failed to spread it beyond the county boundary.

It’s easily forgivable though. Hartburn – beautiful as it is – isn’t really en-route to anywhere. It’s not ‘just off’ a main road, in fact, it’s a rather convoluted 8 miles to the nearest main road in either direction so unless you’re purposely going there, or happen to stumble across it on a sunny summer bike ride as we first did, you would probably never know it was there.

Even on passing through the village the secret is kept firmly hidden behind the beautiful facades that adorn the through road. It’s a quintessential old village. As might be expected in Northumberland, an old Roman Road known as ‘The Devil’s Causeway’ skirts the west of it. It’s a branch-off from the main road of Dere Street which ran from the Firth of Forth down to Yorkshire. This branch  ran from Corbridge through to Berwick-upon-Tweed.

Despite our growing fascination with the Roman history of our home county, this is not the reason we were here. Nor was the vicarage in the heart of the village – a fine example of a Northumbrian pele tower. No, we were here for a hidden gem called Hartburn Glebe.

The village sits atop the banks of the Hart burn, and nestled behind the houses lies a slim snake of banked woodland now under the auspices of The Woodland Trust. Access to the woods is simple enough; there are gates leading off the village road. The woodland is well maintained, and there are clear pathways to guide your route. Slowly winding down towards the banks of the burn is stunning in itself, and on this mild early spring evening there was a welcome peace peppered only with birdsong and the rambling musings of this localexplorer. Making our way along the banks we uncover the secret and stand in stupefied awe for what seems like a short age. 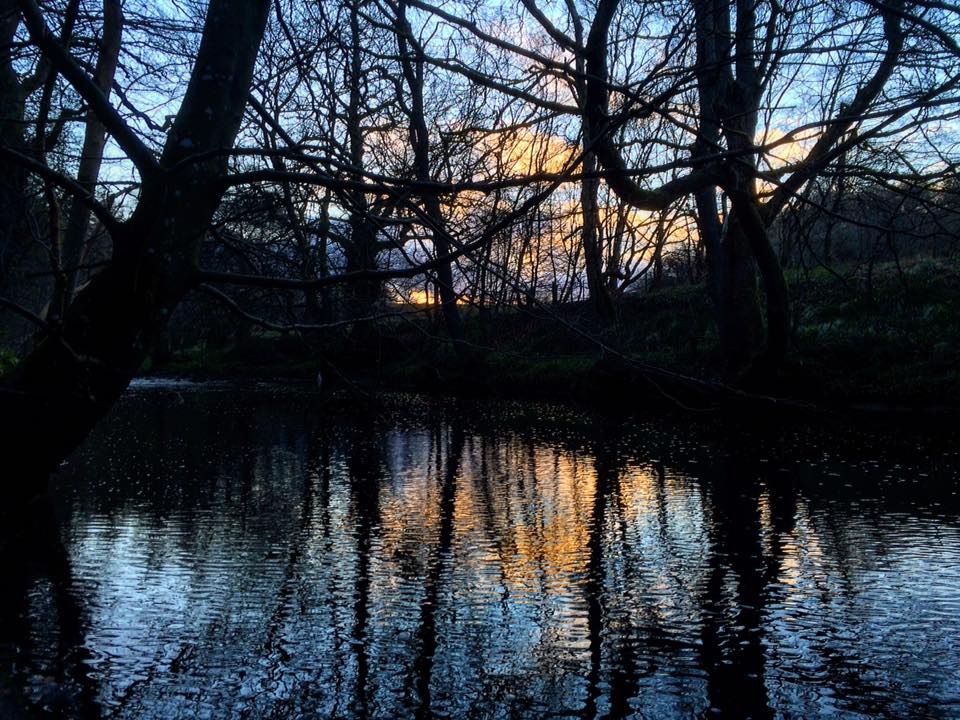 In the rock face set back from the thoroughfare is a very tall but narrow cleft, and peeping out from inside is a building. Honestly. A building. This seemingly natural cave entrance has been excavated to create rooms behind it. Stepping into this grotto is surreal. Its high ceiling and Gothic-style lancet arches leading off to two further areas give it an almost cathedral-like feel, but the fireplace off to the right wouldn’t be out of place in the sleeping quarters of one of the many castles scattered far and wide across the county. 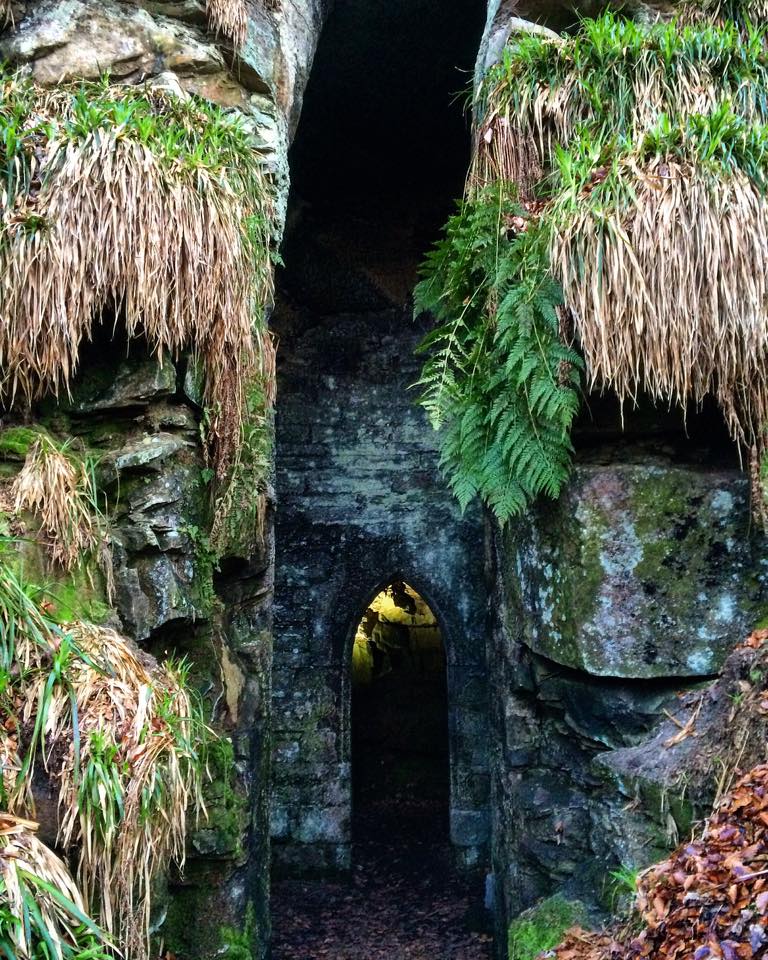 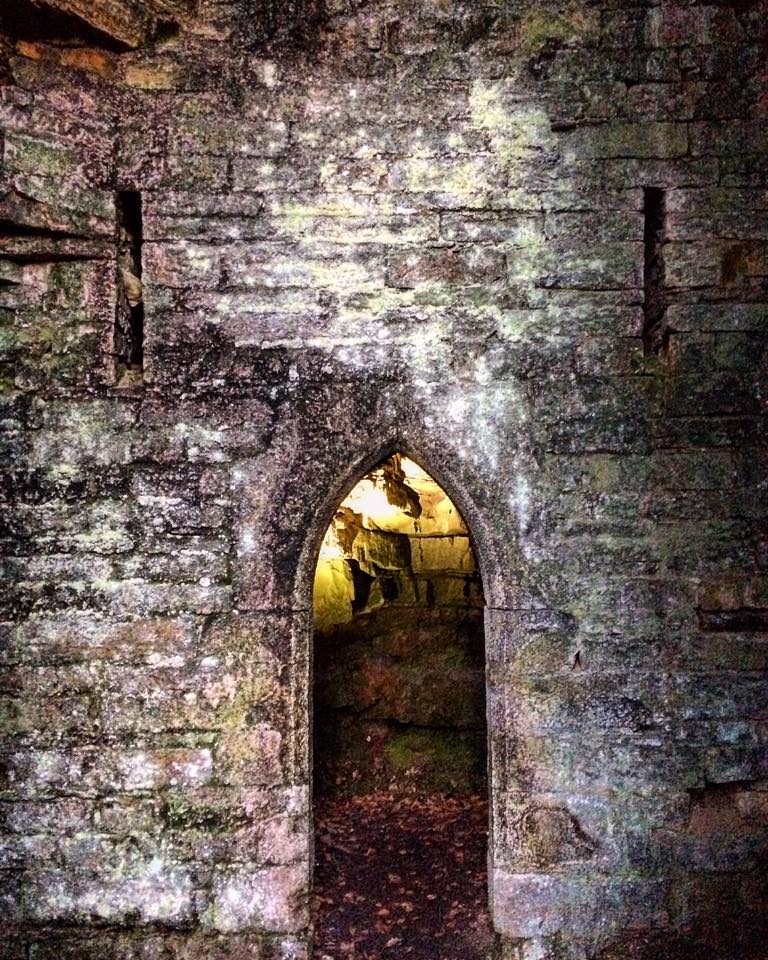 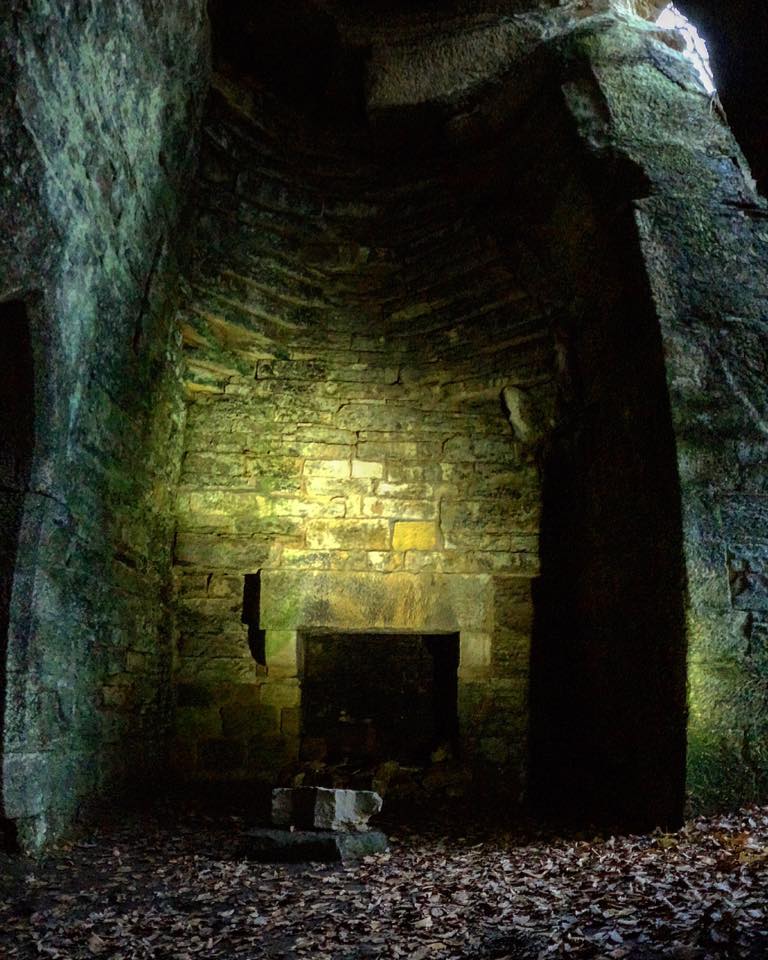 It is, in fact, neither. This charming intrigue was constructed in the latter part of the 1700’s by the then Vicar of Hartburn Dr John Sharpe as a changing and rest area for ladies bathing in the river. How beautifully quaint. Turning back to face the outside, you see a hidden gem within a hidden gem which is unseen from the main path. Running underneath the main thoroughfare is a short low-roofed tunnel allowing bathers to discreetly access the river’s edge. This lofty 5′ 10″ localexplorer had to stoop somewhat to get through, but it was worth it to emerge on the banks of the river just as my 18th century predecessors would’ve done. 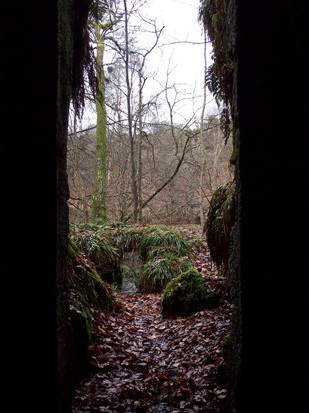 Turning back towards the grotto, we see that there are two alcoves above the cleft. Where once stood effigies of Adam and Eve, there are now just empty spaces with vague evidence of fixtures. The statues are long since gone; undoubtedly victims of pillage and plunder in the quarter of a millennium that has passed since its fabrication. Thankfully, the grotto is now Grade II listed and will be protected from further damage or degradation. 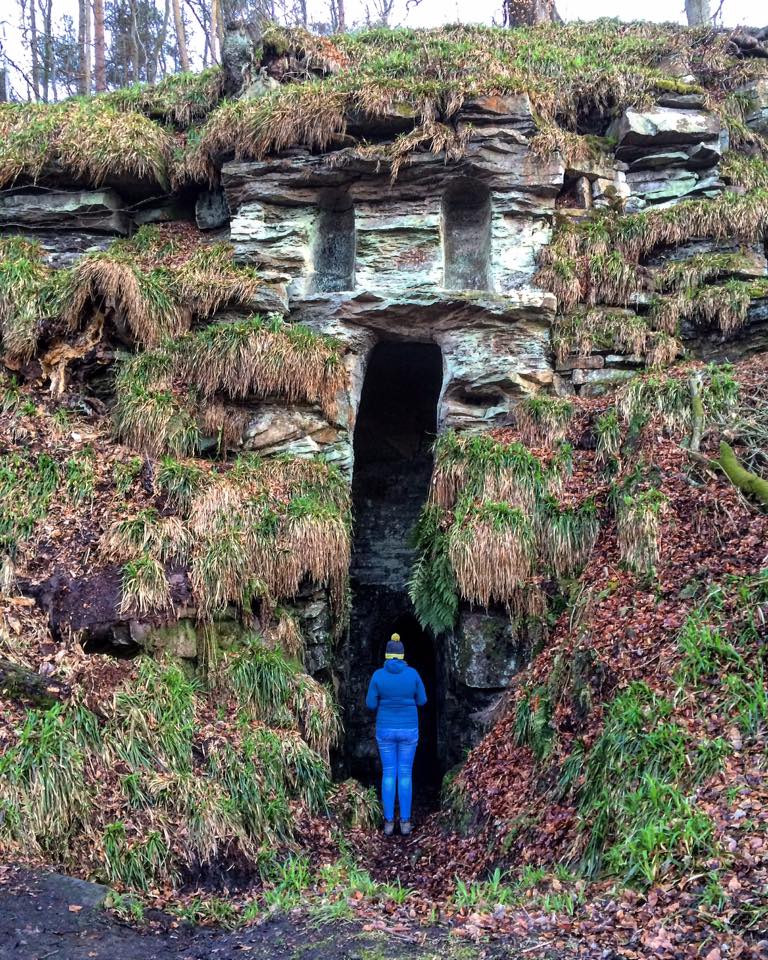 Exhausting our intrigue, we continued on the path and left the glebe, but not before catching a beautiful sunset over the fields. There’s more to this village than just this curiosity in the rocks. We discover, while sitting the nearby Dyke Neuk pub tucking into a delicious homemade burger and chunky chips, about the pele tower and the church. About the schoolhouse and the ancient settlement it hints at. And about the local folklore tale of the baker hiding his money in a chest in the river which gave the B&B in the village its name. So much history and interest in such a small place. 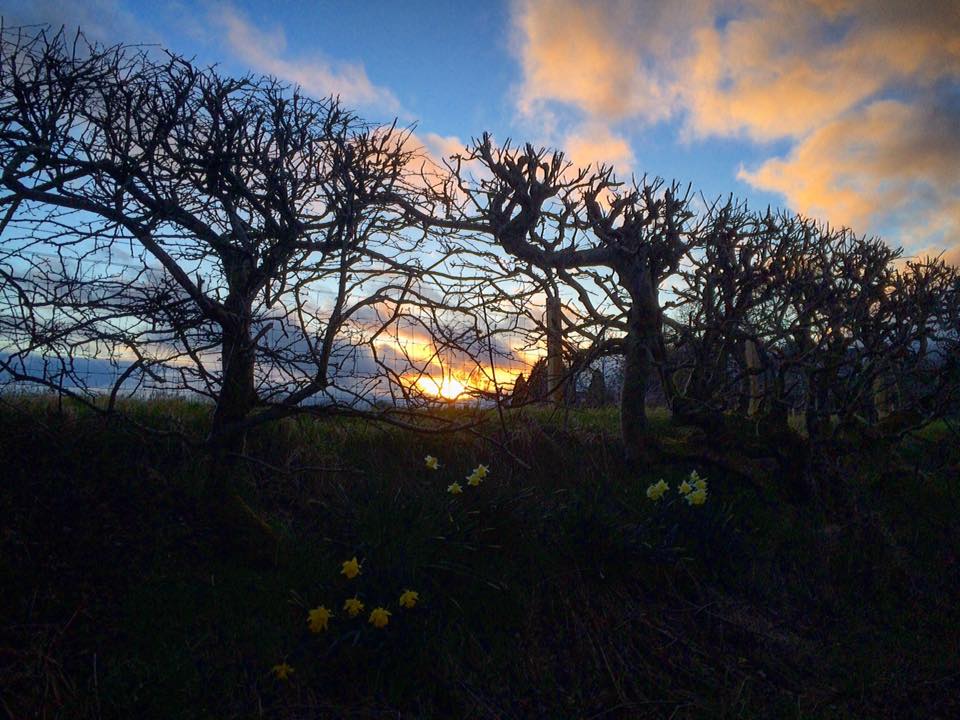 These will have to wait for another day. As hapless after-work localexplorers we had just enough early evening light to uncover the secret we went in search of which left no time for extra-curricular fun. No matter. This gem of a find was one of the most fascinating follies we’ve come across on our mini adventures.