One of our favourite places in the North East is the Cheviots; it’s a beautiful and tranquil part of the region well suited to hubby and I. On a day off together when mountain biking isn’t an option, the logical place for us to head is into the hills.

We usually head into the Coquet Valley. It’s one of the easiest for us to reach from our home on the Tyne & Wear border and gives fantastic access to the Border Ridge on the Pennine Way and a whole host of incredible views.

One of our regularly trodden routes is from a small parking area just beyond Barrowburn, up towards Windy Gyle and back down. It’s a moderate route which takes you to a height two-thirds that of Cheviot, but with incredible views overlooking the flat ridge of the long extinct volcano. We’ve walked this route a number of times, but on this particular excursion we became acutely aware of the gruesome and grizzly history following us along our path. 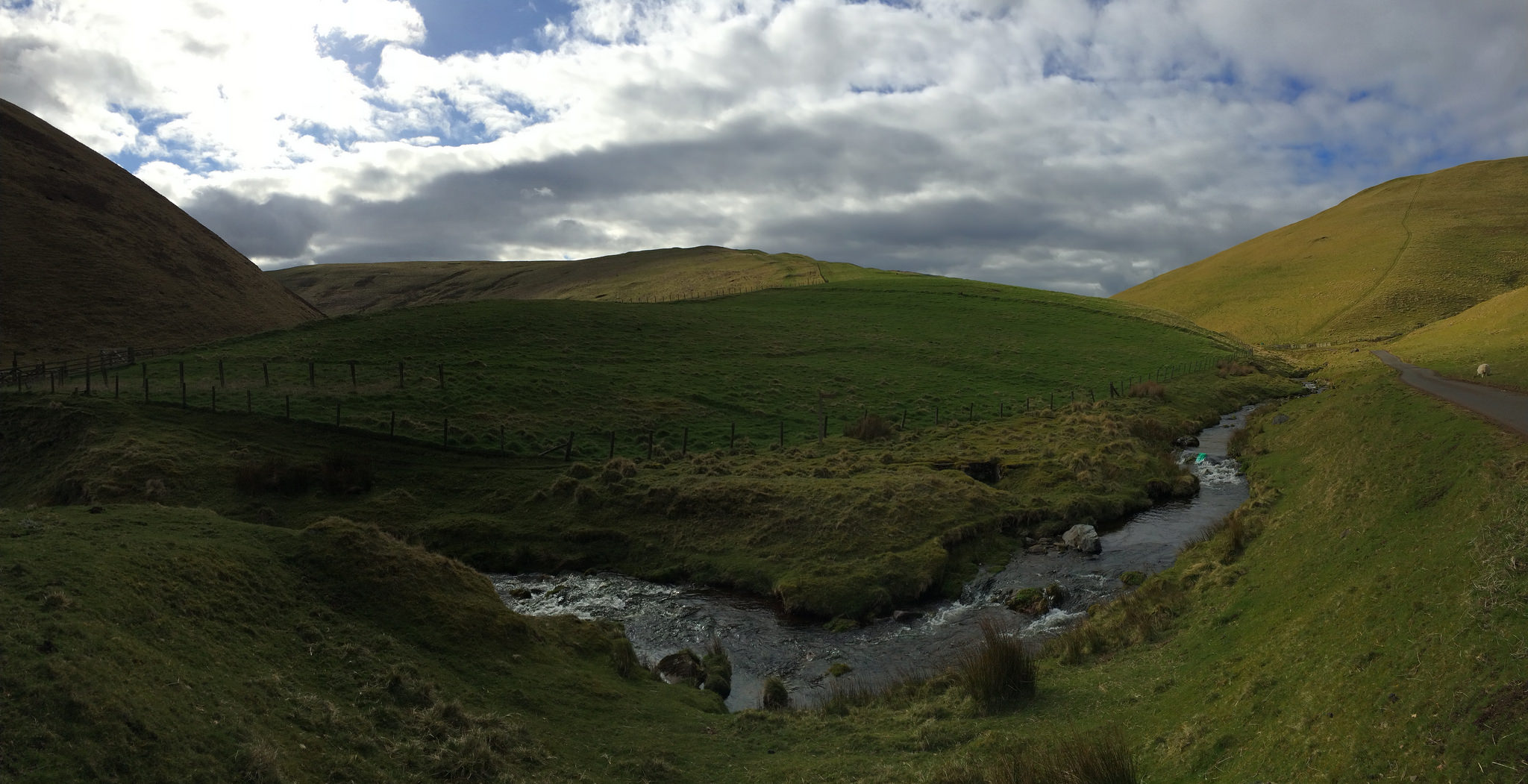 We started from a small car park at Trowburn – less than a mile beyond Barrowburn – at the foot of an old drove road named ‘The Street’. This was home to the Slyme Foot Inn; a tavern renowned for its trade in illicit locally-produced whisky from as early as the 1700’s. The surrounding hills and cleughs made it easy to hide whisky stills, and many of them can still be seen scattered around the valley if you’re prepared to hunt them out. The remoteness of this hostelry no doubt elicited more clandestine activity than just bootleg moonshine; it almost doesn’t bear thinking about the kind of wanton and depraved souls who might’ve frequented such a place.

The inn no longer stands, and local maps cite only “Slyme Foot Pub – remains of”. There’s no obvious evidence of it save for a square of earthworks we presume to be the outline of its foundations. Much as I’m keen to know more about this den of iniquity, it seems difficult to trace any history. Even the genuine location seems to be in question, with schools of thought that it was actually further round the valley in Barrowburn. What’s not in question, however, is the rich history of the Upper Coquetdale in the production of whisky and beer, and the Northumberland National Park Authority commissioned a report on this which was published in 2015.

Pushing our way up the old drove road, deeper into the hills, we stumble across some Cheviot goats. We’ve seen them a few times before but it’s still a treat. These free-roaming wild goats are thought to have been feral since the Iron Age. In 2011, a GPS radio-collar tracking programme was implemented to try to manage their population. With no legal protection, landowners are free to dispose of them, and project co-director Richard Bevan says this poses “a real threat to this small, genetically unique population”. It’s at times like that when I’m really grateful I remember my special edition freebie National Trust binoculars so I can get a closer look at them. Gordon cracks a joke about a mogwai, I laugh hysterically for ages, and we push on to our lunch spot, pleased to have had the company of these stunning fellows. 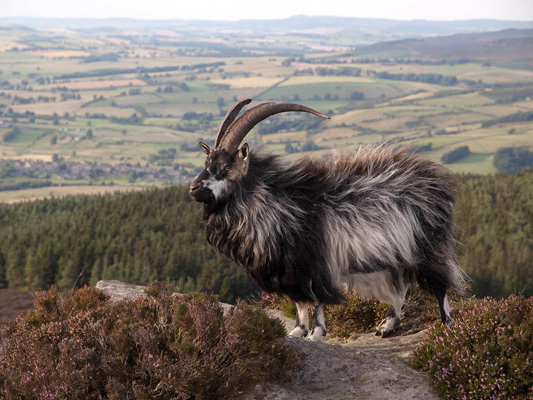 Pushing up the last climb we crest the summit and mark our victory with an obligatory touch-base on the old Ordnance Survey trig point. This summit – Windy Gyle – is home to Russel’s Cairn; the lunch and rest spot for our journey. This is the largest surviving cairn in Northumberland and is thought to have roots back to the Bronze Age. It provides a welcome shelter from the winds that whip over the ridge. I’m never sure if Windy Gyle is so named because of this, but it’s a very apt name none the less. We decide to take shelter in the smaller neighbour to Russell’s Cairn as we can see a large group heading up from Hexpathgate, just off the eastern slope of the ridge. 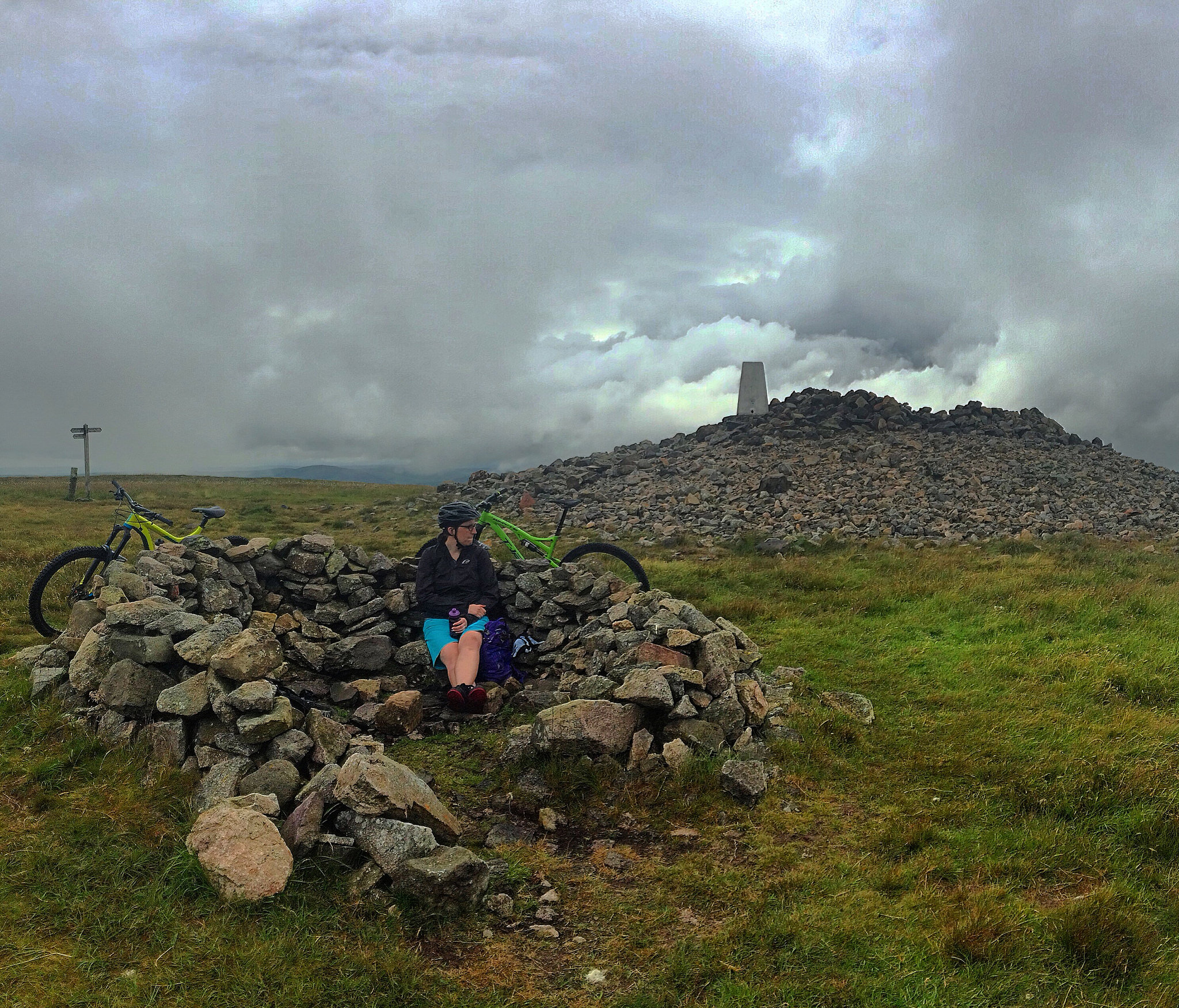 The grizzly history along this walk catches up with us again. The area has seen battle and bloodshed for centuries as borders were fought for and defended. In the 13th century, the King appointed Wardens to acts as stewards of an area hoped to act as a buffer between England and Scotland. The Wardens would meet at points along this ridge, and at one such meeting at Hexpathgate in July 1585, Lord Francis Russell was murdered. The English government claimed that the murder was premeditated and used it to overthrow the Earl of Arran. Russell was buried at Alnwick and his memory lives on with the cairn commemorating the spot that (almost) marked his final breath. 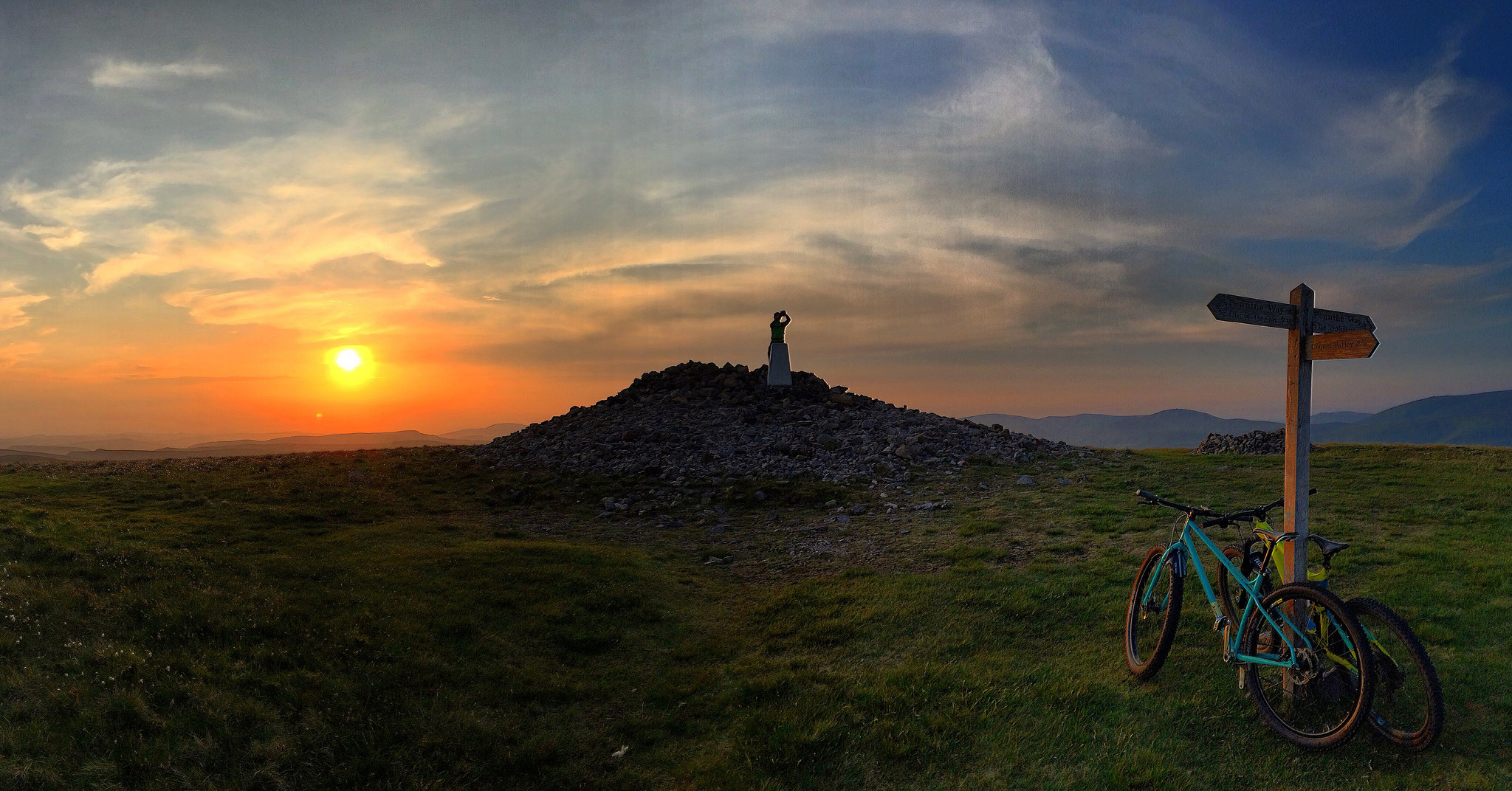 Merrily polishing off our obligatory cheese and pickle sandwiches, we reflected on the many happy times we’ve spent on these hills before trundling off down the slabbed path to the north-east. Noticing an unusually neat pile of stones in a tussocked enclosure on our left, curiosity got the better of us and we went to investigate. It was here that we stumbled – entirely accidentally – upon our first ever Geocache. A bright green bait box lid struggled to hide itself under the blanket of rocks at our feet and I knew immediately what it was. I excitedly filled in the log book, tucked it back in its resting place, and onwards we went. 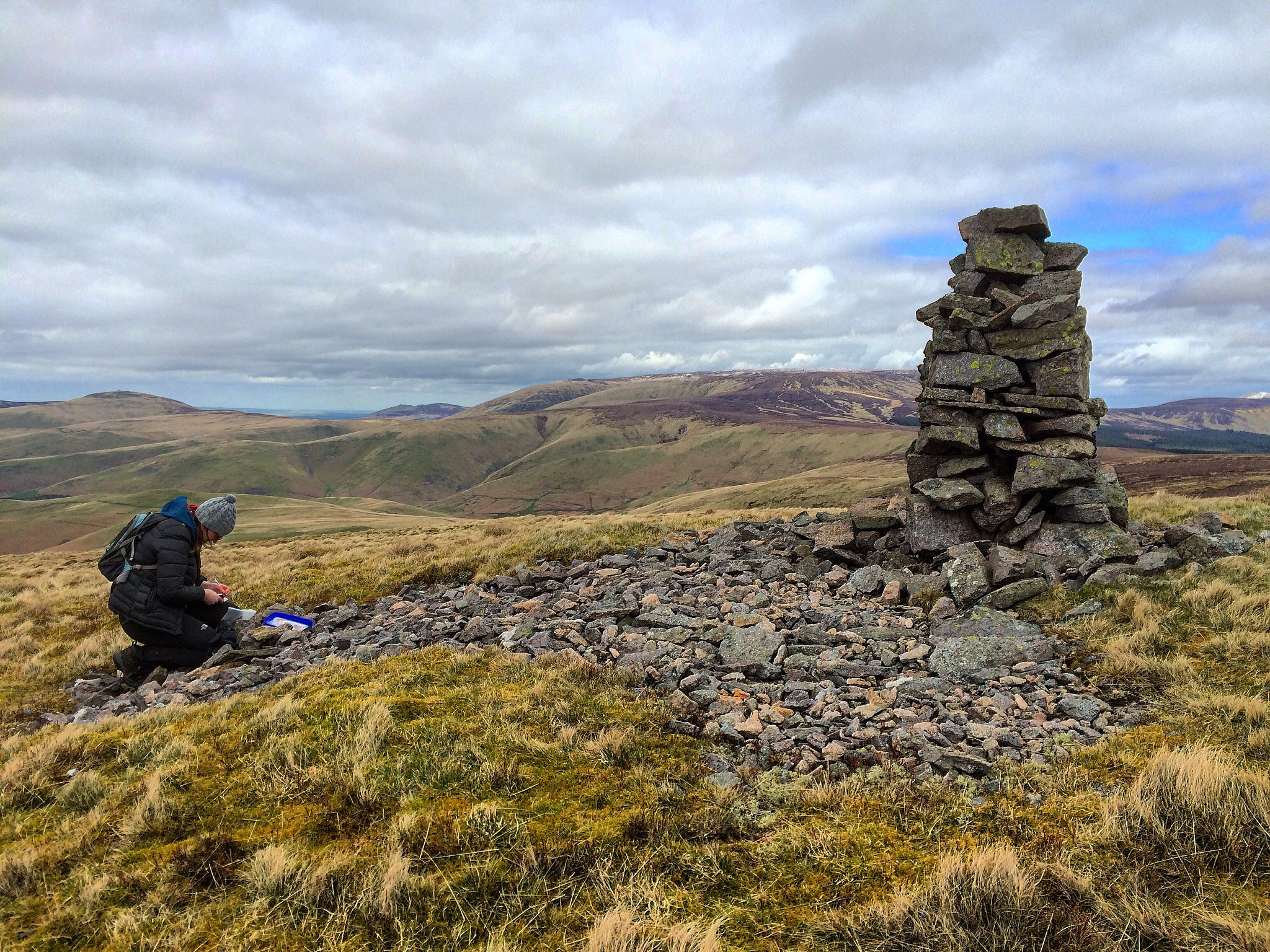 We took a right a Hexpathgate. This is the point where the Border Ridge intersects another old drover’s road called Clennell Street. We follow it all the way down until we join up with a fire road in the Uswayford Forest which will lead us all the way back down to the cup of tea waiting for us, unmade, in the back of the car. But not before gruesome history hits us one last time.

Making our way down the road we come upon a branch on the trail. The way we’re going leads us back down to Trowburn, but there’s another track that leads over one final brow and back down to Barrowburn. On the corner of this fork sits – quite unassumingly – a headstone. The inscription reads “Here in 1610 Robert Lumsden killed Isabella Sudden”. This thin sliver of woodland is Murder Cleugh; the spine-shivering site of this grizzly murder over 400 years ago. Lumsden was a local landowner with a penchant for married women and violence. Sudden was a young married woman of lower social class who was due to bear Lumsden’s illegitimate child. On 20th July 1610 Lumsden chased down Sudden over the hills and stoned her, dealing what would – after 15 agonising days – become a fatal wound to the stomach. Her body finally succumbed to the blows on 4th August leaving her husband, Andrew, a widower. 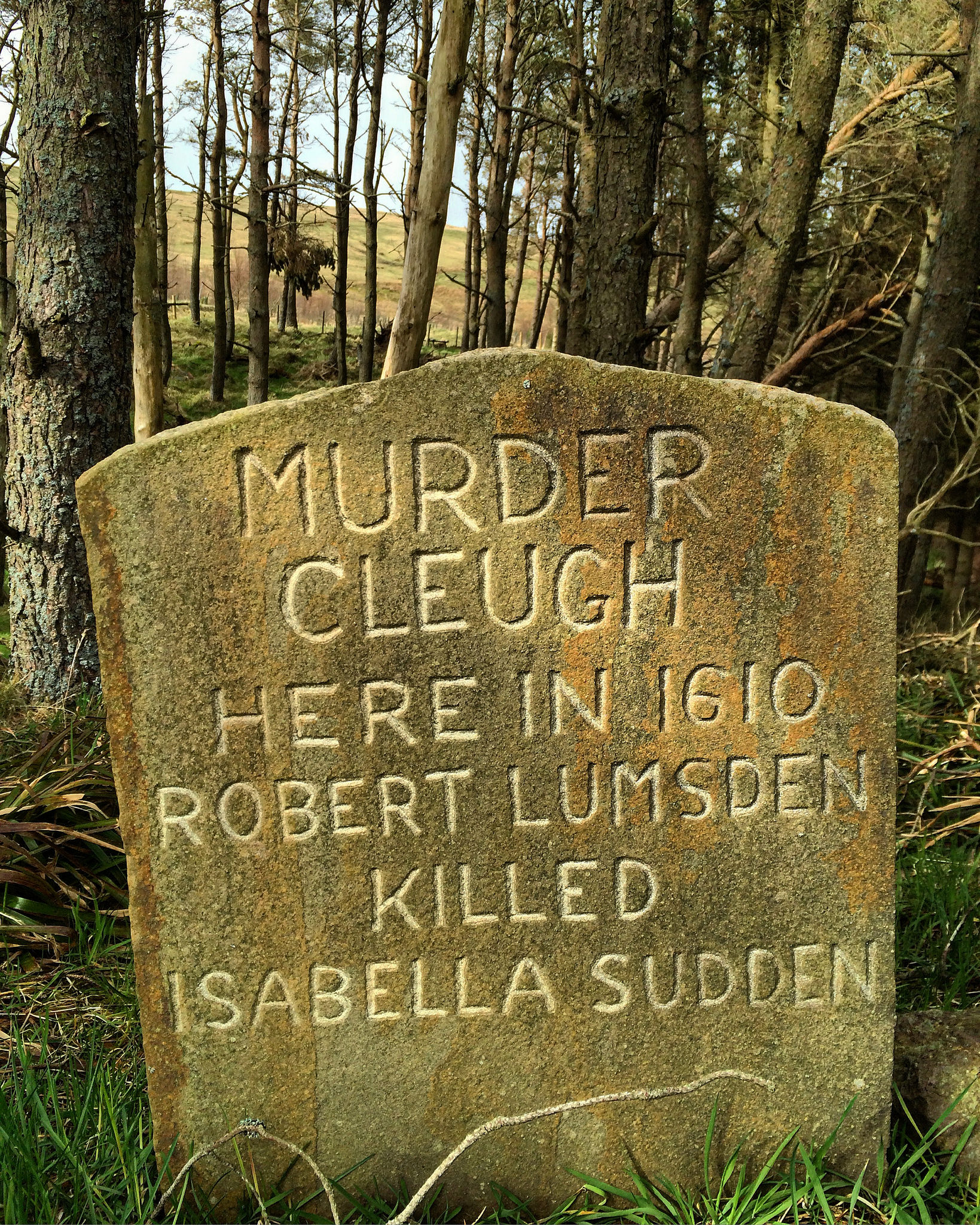 Lumsden was eventually arrested in Newcastle before being tried and made to renounce his sins in the market place in Alnwick. He was excommunicated from the Church and spent a month in jail. You’d get more than that these days for petty theft – Lumsden almost quite literally got away with murder!

For such a picturesque area, it’s beauty does belie its grizzly past. The unassuming hills of the Cheviots once again keep hush their tales of yonder eras, offering only faint whispers as you walk. This is one of our favourite spots in these hills. We come back to it time and time again. We’ve walked it, biked it, done it daylight, and at dusk. We never tire of it because it takes in the best of the Cheviots in a neat little round.

I bet we’re still heading up here in decades to come too. 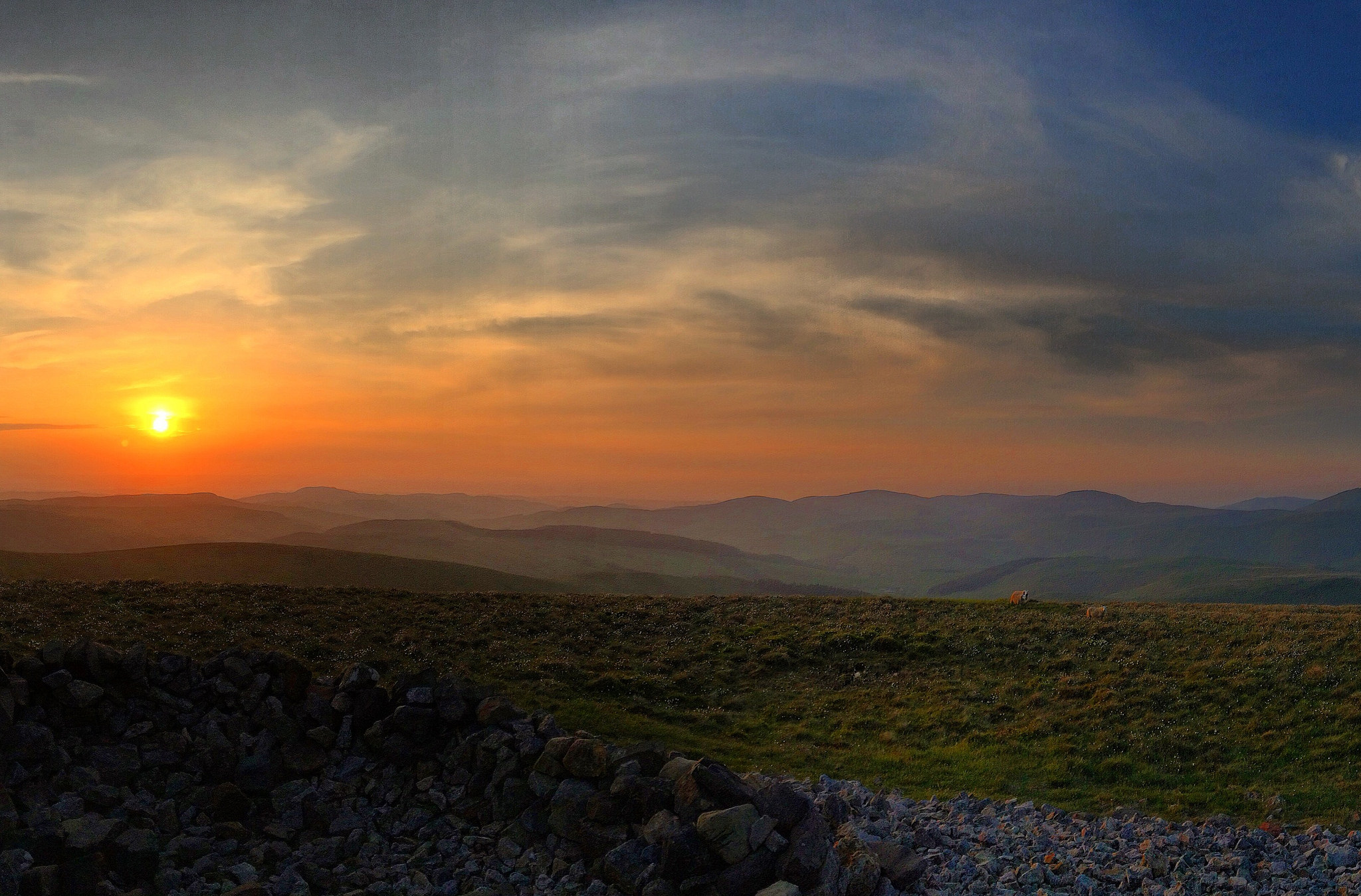 This post contains a mix of photos from walks and rides we’ve done, both day and dusk