If you’ve ever been on the East Coast Mainline up to Edinburgh and have been looking whistfully out of the window just past Berwick, there’s a chance you’ve seen the crumbling remains of a building perched halfway down the cliffs.

If, like us, you’ve seen it, you’ve probably then promised to investigate it next time you’re passing. The only problem is that from the road – which is set back further than the rail lines – it’s completely hidden, and with no real visual point of reference you’ve got little idea where it is in relation to anything else. This wouldn’t deter us though.

On what was expected to be a rainy Easter Saturday we decided to head up the coast rather than up to Peebles as originally planned. I had a rough plan to visit Norham Castle near Berwick and then go on a hunt for cup and ring rock art but as is typical for us, that plan flew out of the window and we ended up following our noses instead. Driving along the stretch of coast we suspected this ruin to be on, we pulled off onto a side-road hoping to somehow get to a safe crossing point on the railway and maybe be able to see it from the clifftops. We pulled down a dirt track into a clearing with a bridge straight in front of us. Lo and behold – and this was a new one on us – there’s a coastal walk right along the clifftops and what should greet us as we stepped out of the car but a clear view straight through to the ruin. Lucky. That doesn’t usually happen to us.

On the approach to the ruin you’re acutely aware of how precarious the cliffs are. The crumbly coastline of the North East looks so fragile and you can’t help but wonder how many more winters it will be before the harsh North Sea waters dissolve it away. The ruin sits far down below the clifftop path on a shelf just above a rocky bay, but there’s a unmistakable and well trodden path leading down to it. This ruin, it turns out, is Smugglers Bothy. 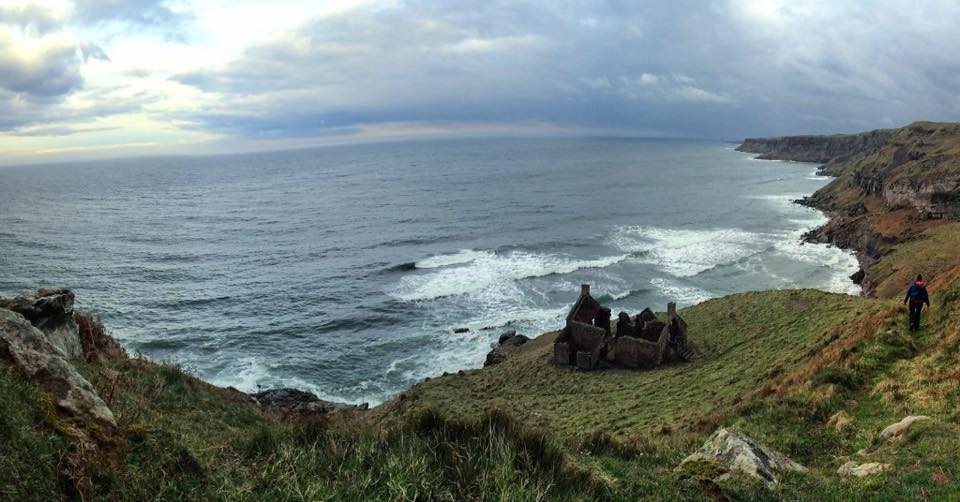 The bothy was built around 1760 by a smuggler/merchant called John Robertson. Under the cover of a fishing operation, he smuggled tea in partnership with a Swedish shipping company. His smuggling operations made him a very wealthy man and he bought the nearby Gunsgreen House (now a visitor centre, accommodation and wedding venue) to use as a bigger base for his operations. There’s a Smugglers Trail along this stretch of the coast with many more remnants on display if you’re willing to look for them.

In more recent times, the bothy has been used as a fisheries cottage and there are unmistakable signs of contemporary additions/renovations (don’t suppose they built the concrete steps in 1760…). Sadly, there’s also evidence of a relatively recent fire to the roof joists which, from what I managed to find out, was the result of vandalism. 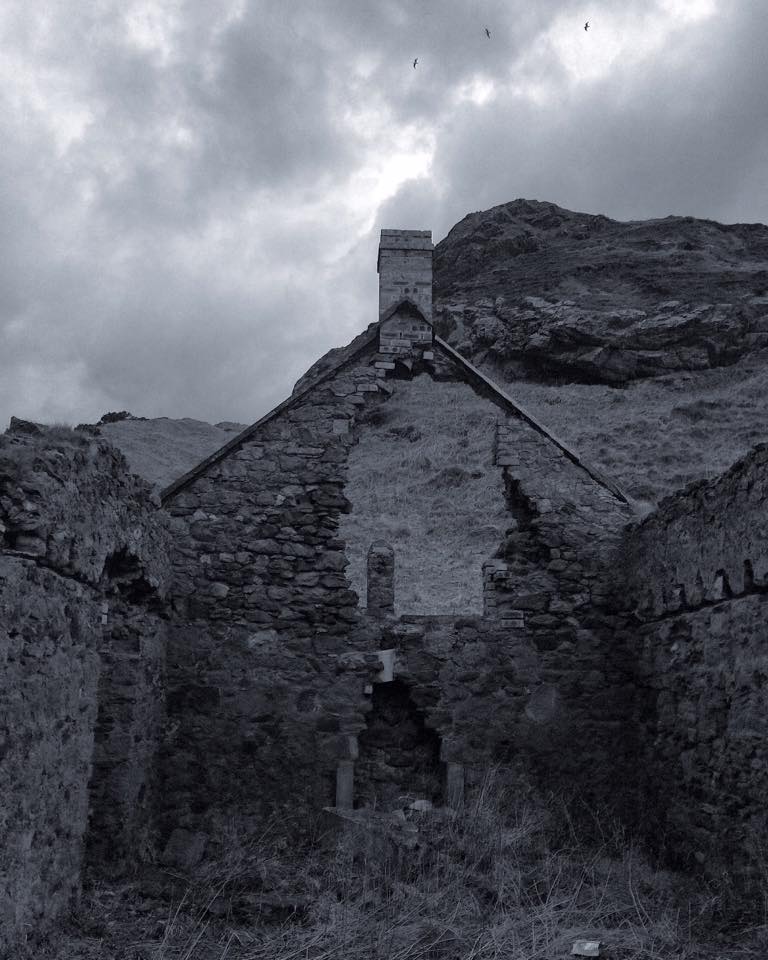 Further down onto the rocky shore, you’ll find a weathered net winch so corroded from the constant barrage of the North Sea it’s a miracle that it’s still standing. Behind it, built up against an overhanging rock is a small store, presumably used as either storage for the fishing operations or as a shelter. These extra treats sit upon a beautiful plateau of sea-worn rocks which are quite beautiful in their own right with a rippling surface and stunning sedement layers making them look like the Grand Canyon in ultra-miniature. These are known as the Lamberton Skerrs. 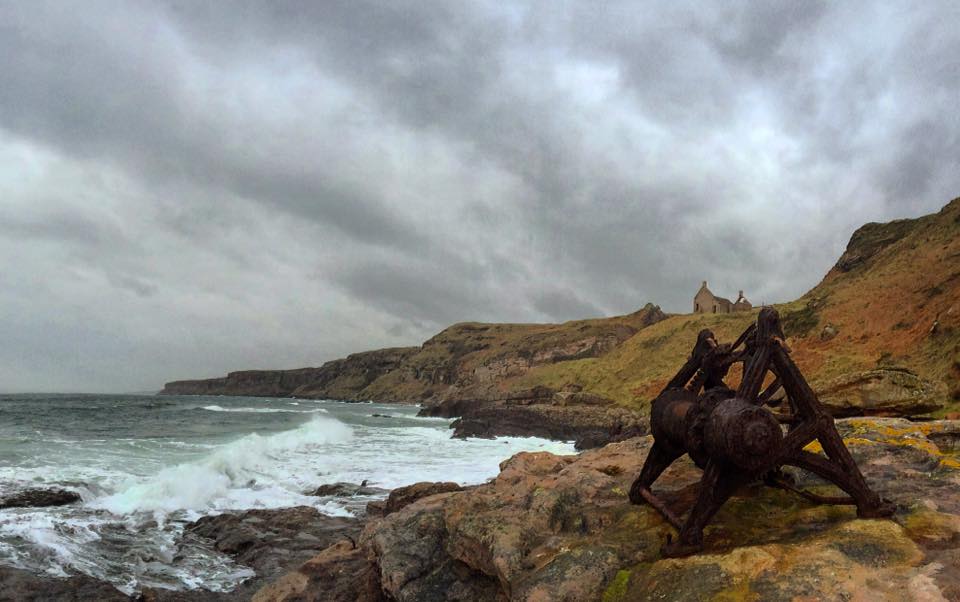 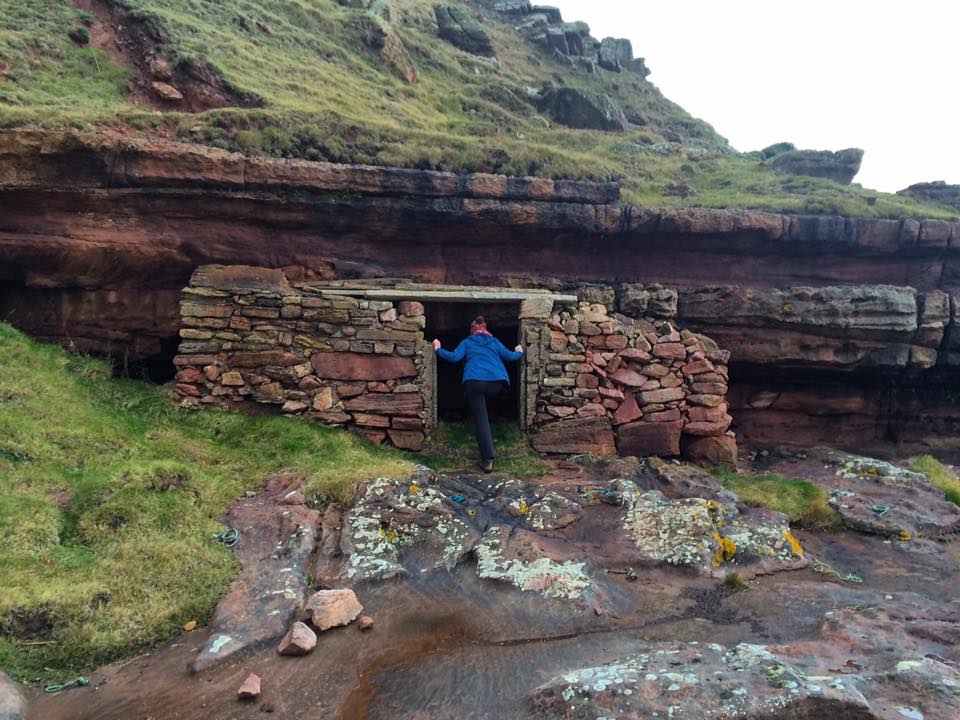 I think we’ll visit again on a brighter day and stay down on the Skerrs for a picnic. By the time we got back up to the coastal path it was starting to rain and we were utterly drenched by the time we reached the car. That’s the glory of the North East & Borders coastline though.

Location: Green is where we parked, red is the location of the Bothy 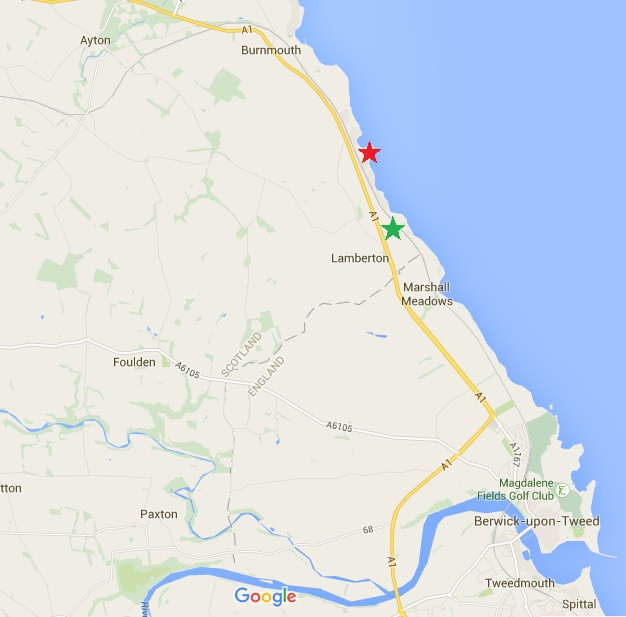 One Thought to “Berwick: The Smugglers Bothy”