I bet there are people all over the world who know of Alnwick Castle. Since being used as Hogwarts itself in two Harry Potter films it has no doubt become a recognisable and household name. It’s a beautiful building – the very epitome of iconic British castles – but there’s another, barely six miles away which, although not exactly equal in grandeur, is – in our opinion – equal in beauty but much lesser known.

Tucked in a valley between Alnwick and Rothbury lie the precarious ruins of Edlingham Castle. We found these – as you might’ve guessed by now from our usual escapades – entirely by accident. One evening en-route home from biking at Thrunton Woods we decided to turn left towards Alnwick instead of our usual straight to Morpeth, and barely three miles along the road we chanced upon Edlingham.

It lies in the foot of the valley and although it can be seen quite clearly from the road, you really have to get up close to appreciate it. From the road you can see the tall remains of the Solar Tower but turning onto the side road the castle dips out of sight as you wind round the back of the cottages that line the way. The parking area is in front of the St John the Baptist Church; a beautifully quaint building in its own right but it’s bypassed as you walk down the track that leads to the castle. 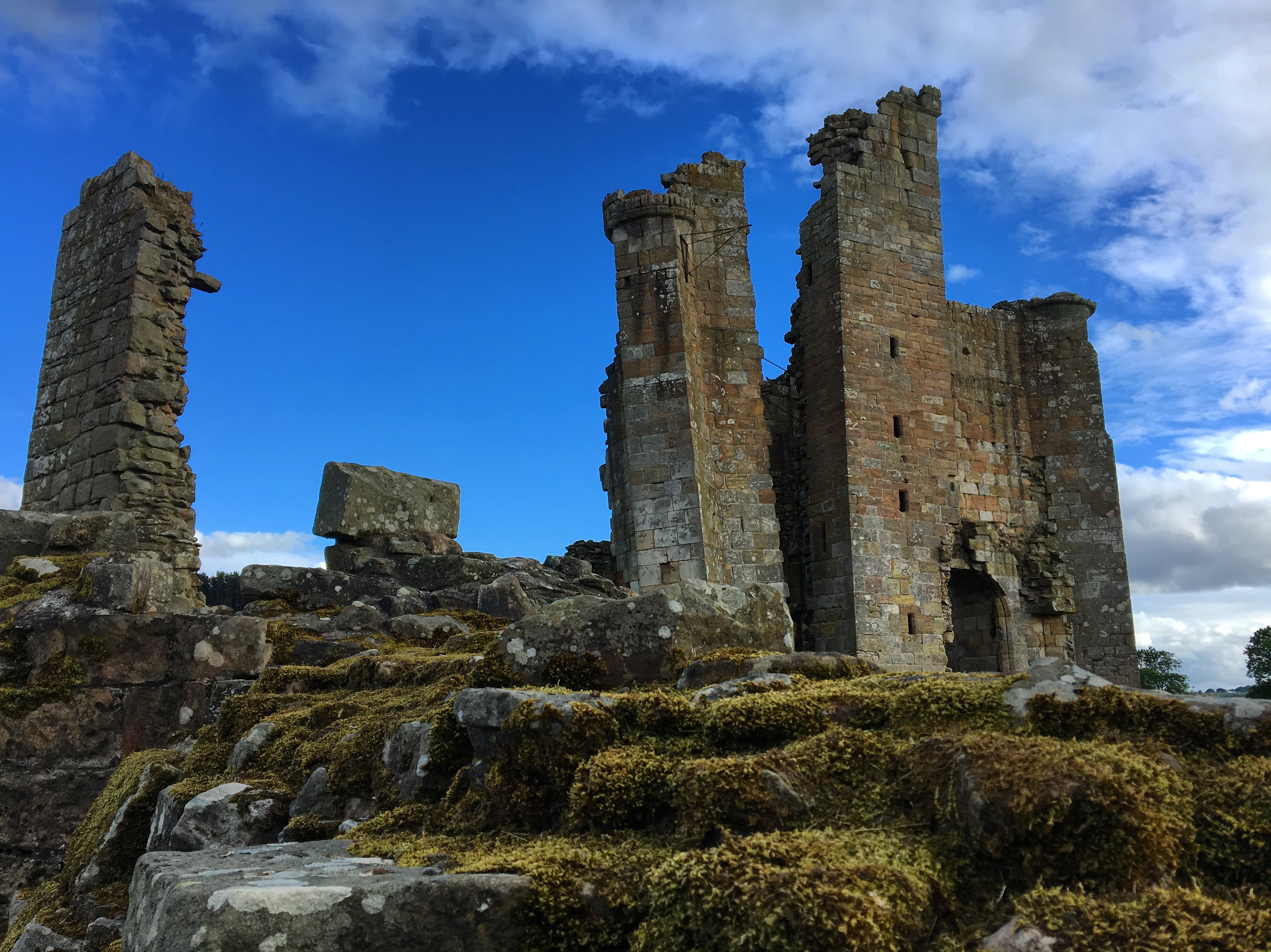 It’s only from this vantage point you can see the full scale of the castle’s footprint. The earlier parts of the site are razed almost to ground level but enough of them remain for you to walk around and imagine the original layout. Walking through the main castle entrance gradually takes you further back in time. At the main entrance is the barbican – a fortified gateway – which was built in around 1400. That leads on to the gate tower – built c. 1340 – and there’s a quite obvious join between the two showing that the barbican was the later addition. Stepping through the gate tower then brings you into the cobbled courtyard looking towards what remains of the Hall House – the most original part of the castle built around 1250.

This journey back through the centuries takes all of twenty steps but brings you right in front of the magnificent Solar Tower, built during the same fortification period as the Gate House. This wouldn’t have been visible when the Hall House was still intact, but it now stands tall above their rubbled ruins; the last remaining vestige of this stunning fortified dwelling. An unmissable crack runs down the entire height of one corner and the ruin looks horrifically precarious until you see the thick metal bars shoring it up to the main structure. This three-storey tower is truly spectacular. Clambering around the ruins of the Hall House to the left side provides an entrance into what’s left of the Solar Tower. Even in it’s ruined state, enough of it remains to wow you. Decorative stones, carved figureheads and joggled lintels give you a glimpse of the importance of this part of the building and although it’s not a huge tower, it’s grandeur can still impress. 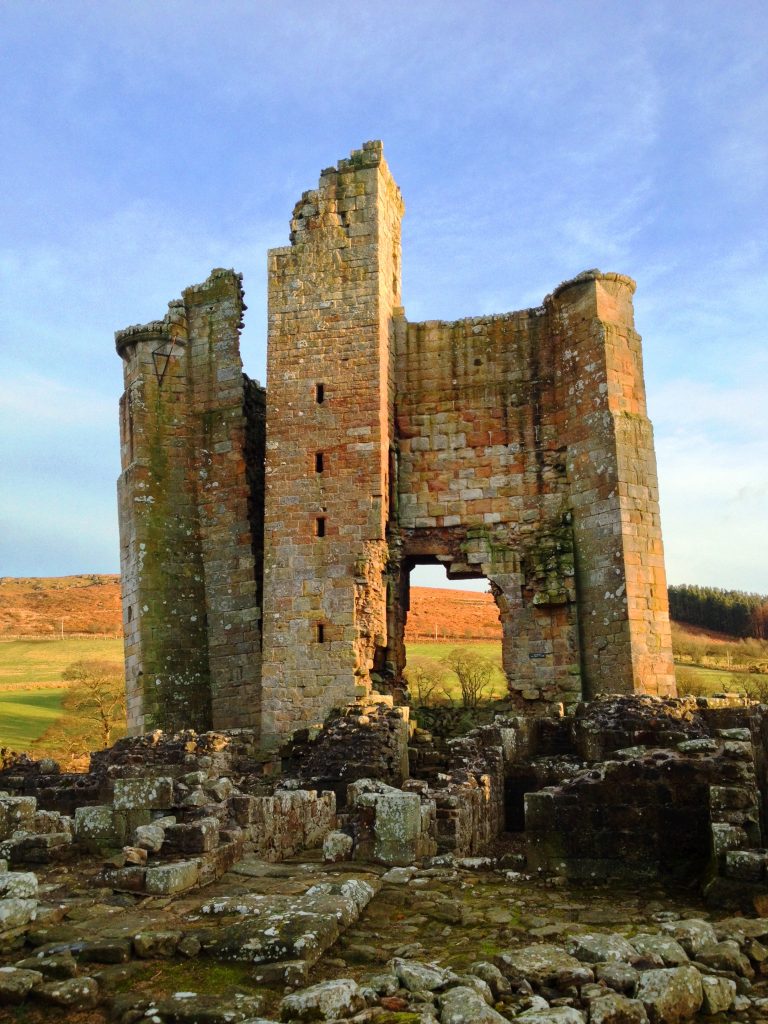 The extra additions to this small castle show the dichotomy between domesticity and battle. The fortifications have given just as much consideration to defence as they  have to workable living space and the result is an incredible mix of quaint charm and imposing grandiosity.

Edlingham Castle is the poor little brother to the nearby magnificence of Alnwick Castle but makes a very worth visit for ruin-seekers keen on the history of our beautiful county. Northumberland is famed for its collection of castles, and this one, with so much of the original buildings still standing, is a must-see. 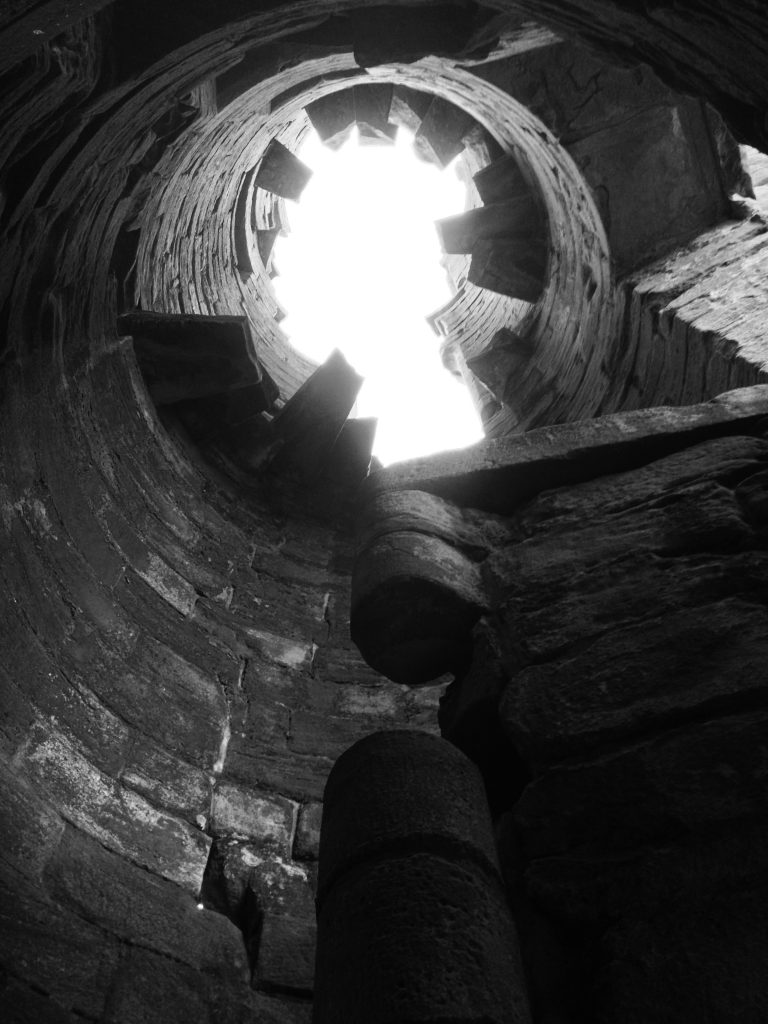 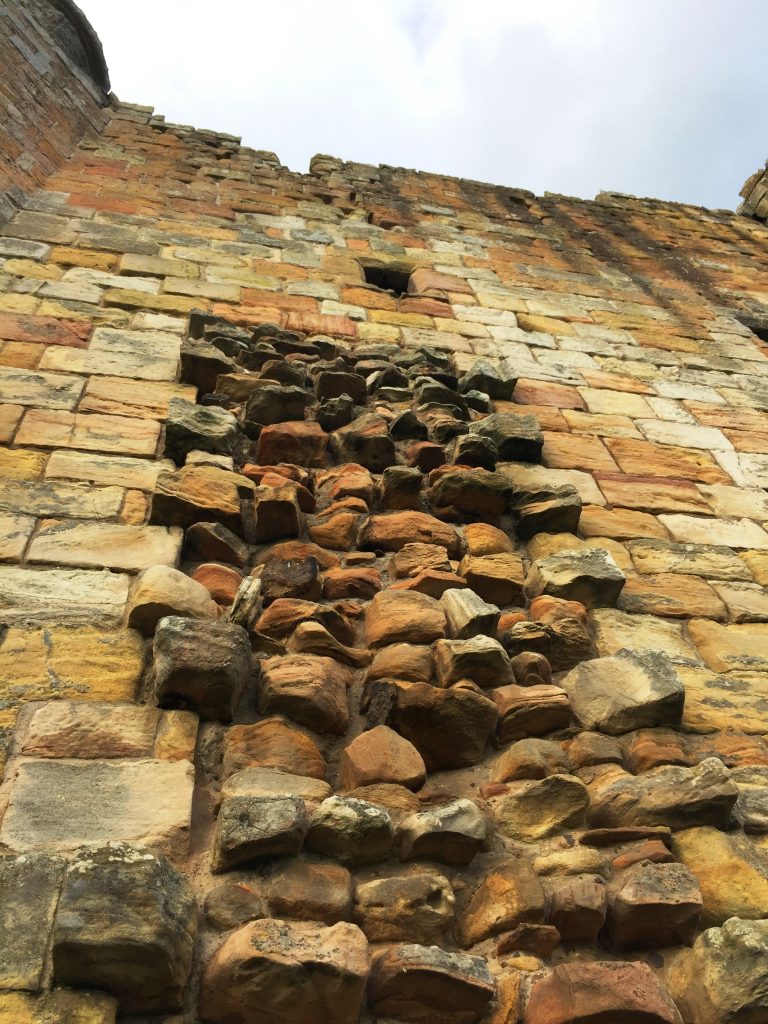